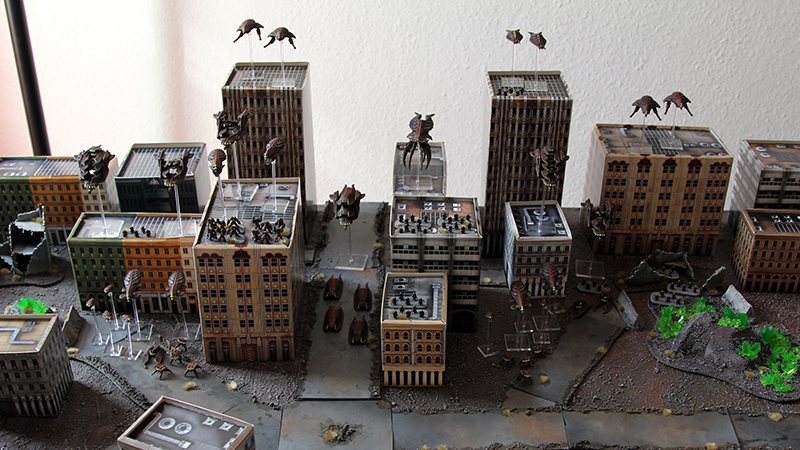 “The Scourge are foul, neuro-parasitic lifeforms which can utterly dominate an unfortunate host, bending its life to its will. They thrive on the conquest and absorption of other races, their very mode of existence as potent a threat as their formidable battlefield technology. They are the galaxy’s ultimate predators.Their breathtaking assimilation of the central planets, including Earth itself, has made them the primary threat to the very existence of mankind. Their methods of killing on the battlefield are abhorrent to witness, but violent death at the hand of their potent plasma weaponry can be as nothing compared to the dread of being taken alive.”

Finally I got my recent lot of Scourge fully painted. The army shown here should be worth a little more than 2000 points, so lots of variation for standard 1,5K games. Never the less another order is already awaiting processing and shipping, so reinforcements are on the way. 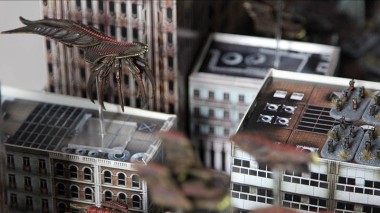 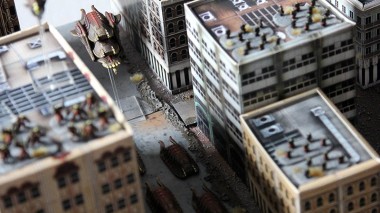 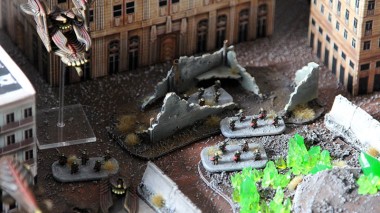 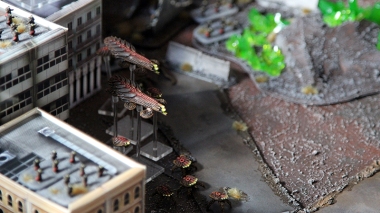 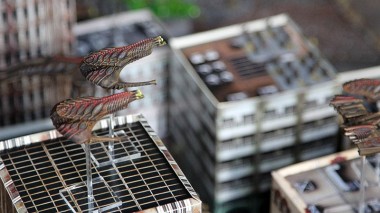 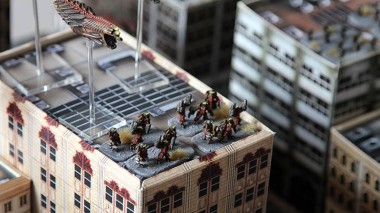 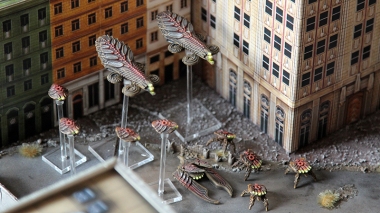 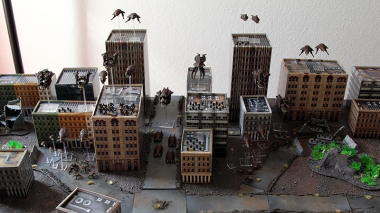 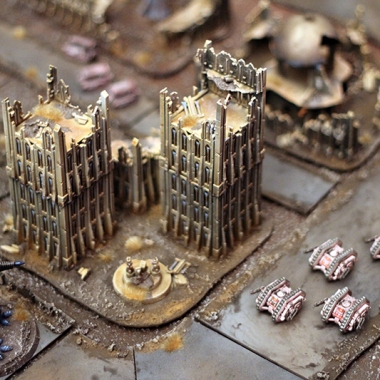 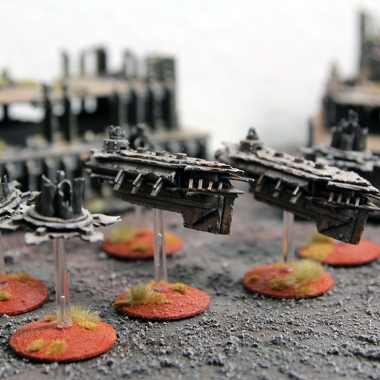 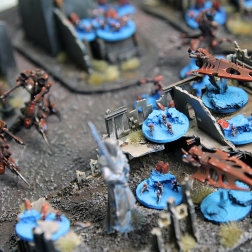 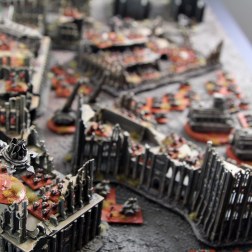 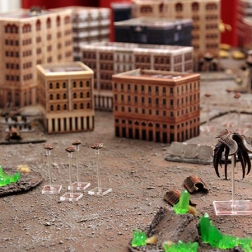 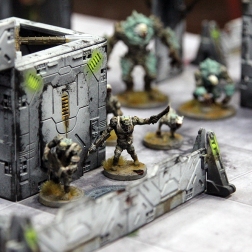 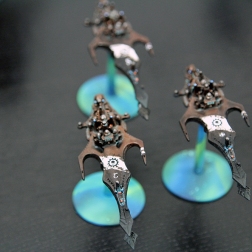 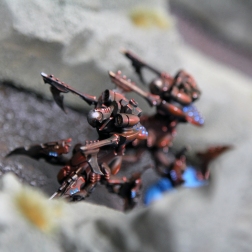 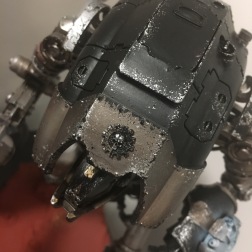 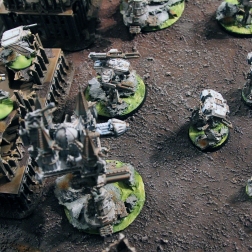 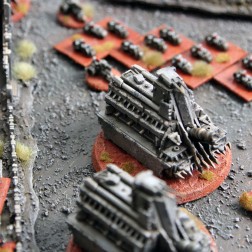 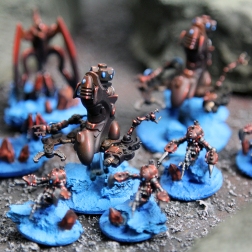 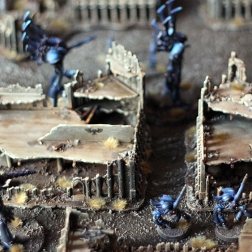